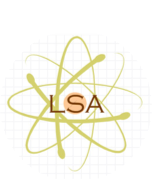 From 09 April to 16 April,  professor of Finance and Econometrics (Imperial College Business School) Rustam Ibragimov delivered a mini-course "Heavy-tailed and dependent models and robust inference in finance and economics"

The occurrence of economic and financial crises and other structural shocks to markets result in large fluctuations, extreme observations, outliers and heterogeneity. As leading examples, one can mention the beginning of the recent financial crisis that was accompanied by the Dow Jones Industrial Average (DJIA) decline by more than 50% over a period of 17 months, the Black Monday of 19 October 1987 when the DJIA experienced the largest one-day percentage drop of more than 22% and the Flash Crash of 6 May 2010 with the biggest one-day point decline of about 1000 points in the DJIA.

In addition to those stylized facts, financial time series typically exhibit volatility clustering. Large price changes tend to be followed by large price changes, of either sign, a phenomenon that was discovered by Clive Granger and is among the reasons he was awarded a Nobel Prize. In other words, financial time series exhibit non-linear dependence over time: although returns themselves are uncorrelated (that is, returns cannot be predicted using linear functions of the past data), their simple non-linear functions and measures of volatility  display significant (auto-)correlation and dependence.

Further, as demonstrated by the quick spread of the 2008 global crisis, modern markets are very interconnected and affected by financial contagion. Importantly, correlation and interdependence between financial and economic markets is time-varying and considerably increases during the periods of high volatility, financial turmoil and crises.

Heterogeneity, auto-corretaion, dependence and heavy tails considerably complicate empirical analysis. Many standard inference procedures, including least squares regressions and autocorrelation analysis, do not apply directly in the presence of either of those aforementioned stylized. For instance, the widely used standard ordinary least squares  regression methods cannot be used in the case of data generated by heavy-tailed processes with tail indices smaller than two and infinite variances. In less extreme cases, where estimators of parameters of interest remain valid, it usually becomes considerably more challenging to correctly estimate their standard errors.

Heavy-tailedness and dependence are also of critical importance for the properties and robustness of many models in economics, finance, risk management and insurance.  In particular, the presence of heavy tails can either reinforce or reverse the implications of a number of important models in these fields. For example,  this is the case for the analysis of diversification in Value at Risk (VaR) models: while diversification is preferable for moderately heavy-tailed risks with tail indices greater than one and finite first moments, it becomes suboptimal in the case of extremely heavy-tailed risks with tail indices smaller than one and infinite means. Similar conclusions on (non-)robustness hold for a number of other  models in economics and finance, including those of optimal bundling by the multiproduct monopolist, firm growth theory, time series driven by heavy-tailed innovations.